Fear is the survival factor of life and the amygdala system of brain triggers the survival functions of fear factors. The drives of knowledge transfer also proceed on the derivatives of fear emotion like the fear of mistakes, failing situations and low academic achievement. But the fear of homework, teachers or the principal is harmful to the learning potentials of students. They must feel free in classroom to modulate concerned brainpage in the learning process of school chapters.

When we sit quietly without doing anything, the imaging of many thoughts and events starts coming in our mind. If we let our mind wander for a few minutes, brain circuits are actually lighting up with a range of emotions. So our brain becomes full of emotional streams running in different affective states that can ruminate on prior stressors or we can get anxious about future events. This is the function of default mode network of brain in which mind wandering happens by recalling past life and episodic memory.

Bullying can threaten student’s physical and emotional safety at school and can negatively impact their ability to learn. The best way to address bullying is to stop it before it starts to threaten children’s life.

Emotions like fear and love are carried out by limbic system which is located in the temporal lobe of brain. We know that the limbic system is made up of multiple parts of the brain but the center of emotional processing is the amygdala. It receives input from other functional regions of the brain like memory and attention.

A fear appeal is a persuasive message that attempts to arouse fear in order to divert behavior through the threat of impending harm. An authoritarian style of leadership may create an environment of fear with no chance for dialogue and with complaining being considered futile.

Hippocampus is another part of the limbic system that sends information to the amygdala. This is one of the memory processing centers of the brain that interacts with amygdala when a person has memories with emotional ties. The reciprocal connection between amygdala and hippocampus may be the origin of strong emotions triggered by the particular memories of space, object, time, instance and module.

Prefrontal cortex of the brain is involved in decision making in response to emotional drive. It controls what decision a person makes when faced with an emotional reactance and also regulates anxiety. Cingulate gyrus acts as a pathway between thalamus and hippocampus. It plays a role in remembering emotional charged events. The cingulate cortex of brain focuses attention on the event by alerting the rest of the brain that it is emotionally significant in the neural processing of responses.

State of fear is believed to be an unpleasant emotional state involving physiological arousal that motivates cognitive, affective and behavioral responses directed towards alleviating threat or reducing fear.

We know that the emotion of fear is stronger than the emotions of reward or love. Some memories may be lost in the state of extreme fear or severe trauma. Semantic memory is more affected in depressed situations. Everyday, the emotion of fear protects us from the dangers of critical circumstance. It is fact that fear factor is the default emotion of limbic circuits and it does not require neurotransmitters to activate the channels of emotion in work performance. 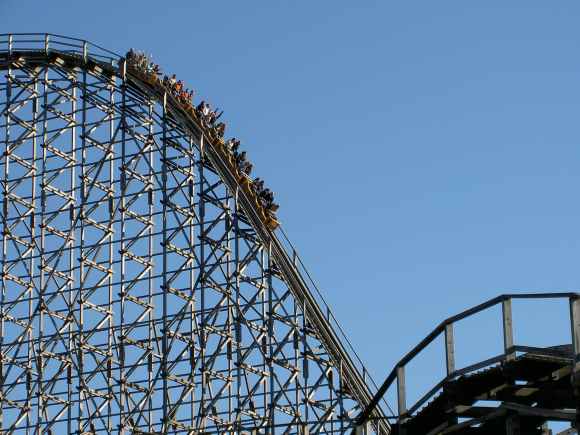 Fear of exams is found very high in students because they have to secure high grades in performance. Brainpage is not made in classroom and students have to write exact answers in the exams. Fear is the strongest factor of human emotions and other emotions such as love, hate, anger, pleasure, reward, failure, sadness and anxiety are its permutations.

The fear system of survival is sympathetic autonomic system of the brain responsible for flight, fight, freeze, fright and faint. In fact, fear is the default emotion of life that regulates the working mechanism of brain and it is generated in the posterior cingulate cortex of default mode network (DMN). Survival is the fundamental aspect of life and it is described in brain circuits by the generation of fear factors. On other hand, the success of goal oriented tasks is also secured by the fear factors of failure.

Pictures : Images related to the fear factors showing spider, rat and heights, pictures from the Pexels